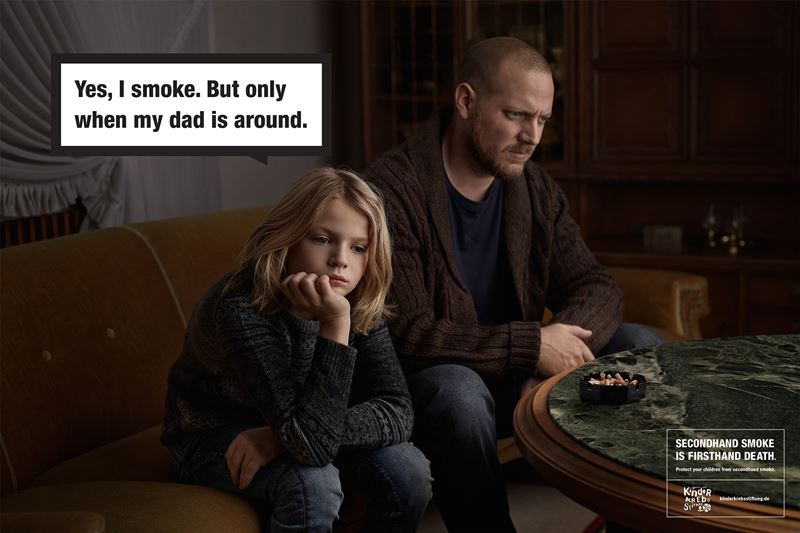 Objective To examine the associations between a biomarker of overall passive exposure to tobacco smoke (serum cotinine concentration) and risk of coronary heart disease and stroke.

Participants 4729 men in 18 towns who provided baseline blood samples (for cotinine assay) and a detailed smoking history in 1978-80.

Conclusion Studies based on reports of smoking in a partner alone seem to underestimate the risks of exposure to passive smoking. Further prospective studies relating biomarkers of passive smoking to risk of coronary heart disease are needed.

Active cigarette smoking is a well established major preventable risk factor for coronary heart disease (CHD).1 Many studies have reported that passive smoking is also associated with increased risk of CHD.2 3 Generally such studies have compared the risks of non-smokers who do or do not live with cigarette smokers,4–9 though a few have also considered occupational exposure.10–12Meta-analyses of case-control and cohort studies examining the effect of living with a cigarette smoker on risk among non-smokers have generally shown an overall increase in risk of about one quarter, after adjustment for potential confounding factors2 3 and with little evidence of publication bias. Passive smoking may also be related to risk of stroke.13

Although living with someone who smokes is an important component of exposure to passive smoking, it accounts for less than half of the variation in cotinine concentration among non-smokers14 and does not take account of additional exposure in workplaces and in public places (particularly pubs and restaurants).15 Biomarkers of passive exposure to smoking, particularly cotinine (a nicotine metabolite), can provide a summary measure of exposure from all these sources.16 Although cotinine concentration in non-smokers has been related to prevalent CHD,17 there are no published reports of the prospective associations between serum cotinine concentration and risk of CHD and stroke in non-smokers. We have examined these associations in the British regional heart study, a prospective study of cardiovascular disease in middle aged men, using retained baseline samples for retrospective measurement of cotinine.

The British regional heart study is a prospective study of cardiovascular disease in 7735 men aged 40-59 years selected from the age and sex registers of one general practice in each of 24 towns in England, Wales, and Scotland (78% response rate).18

In 1978-80, research nurses administered a questionnaire on present and previous smoking habits (cigarettes, cigar, pipe), alcohol intake, physical activity, and medical history (including angina, myocardial infarction, stroke, and diabetes diagnosed by a doctor). Participants also completed a questionnaire on chest pain (Rose, World Health Organization). Two seated blood pressure measurements were taken with a London School of Hygiene and Tropical Medicine sphygmomanometer; the mean was adjusted for observer variation within each town. Non-fasting total serum cholesterol concentration was measured with a modified Liebermann-Burchard method on a Technicon SMA 12/60 analyser. High density lipoprotein (HDL) cholesterol was measured by the same procedure after precipitation with magnesium phosphotungstate. Serum samples were placed in long term storage at −20°C in the last 18 study towns. In 2001-2, these were thawed and cotinine concentration was measured with a gas-liquid chromatography method (detection limit 0.1 ng/ml).19

All men were followed up for all cause mortality and cardiovascular morbidity. We collected information on deaths through the established "flagging" procedures provided by the NHS central registers. We obtained information on non-fatal CHD events and strokes from general practitioners' reports, supplemented by reviewing patients' records every two years throughout follow up. Major CHD events included deaths with coronary heart disease as the underlying cause, including sudden death of presumed cardiac origin (international classification of diseases, ninth revision (ICD-9), codes 410-414) and non-fatal myocardial infarction, diagnosed in accordance with standard WHO criteria.18 Stroke events included deaths with cerebrovascular disease as the underlying cause (ICD-9 codes 430-438) and non-fatal stroke diagnosed in accordance with WHO criteria.18 The analyses presented are based on all first major CHD or stroke events during the follow up period to December 2000, with an average follow up of 18.5 years for men who had no myocardial infarction or stroke (range 0.2-20.0 years).

Men were classified as "current non-smokers" at baseline if they reported that they did not smoke cigarettes, cigars, or a pipe and had a serum cotinine concentration < 14.1 ng/ml.20 Among these men, "lifelong non-smokers" were those who reported never having smoked cigarettes, cigars, or a pipe. For comparison purposes, "light active smokers" were men who reported smoking 1-9 cigarettes a day, irrespective of cotinine concentration.

We used Cox proportional hazards models, stratified by town of residence, to examine the independent contribution of serum cotinine concentration to the risks of CHD and stroke. These produced relative hazards, adjusted for age and other risk factors, for each quarter of the distribution of serum cotinine concentration compared with the lowest. We carried out overall tests of the association, fitting the continuous relation between log cotinine concentration and risk of CHD. Relative hazard estimates for each five year interval were calculated by fitting interaction terms with time (using three binary factors to separate the effects in the second, third, and fourth intervals from those in the first). Kaplan-Meier curves were used to display the differences in incidence of major CHD by cotinine exposure group; differences were assessed using the log rank test. All P values were two sided.

In the last 18 towns of the study, 5661 men took part (78% response rate). For 4729 of these we had detailed histories on smoking and blood samples for cotinine analysis. These men resembled the whole study population in reported smoking habits and risks of CHD and stroke. A total of 2158 men reported that they were current non-smokers, of whom 2105 (97.5%) had serum cotinine concentrations < 14.1 ng/ml. Of these, 945 men were classified as lifelong non-smokers, the remaining 1160 as former smokers. The cotinine distributions of these two groups (fig 1) were skewed, with a slightly higher geometric mean cotinine among former smokers than among lifelong non-smokers (1.49 ν 1.18 ng/ml). Few men in either group had cotinine concentrations close to the 14.1 ng/ml cut off.

Influence of follow up period—In a Kaplan-Meier plot showing the cumulative proportions of men with major CHD over time among three groups (light passive (lowest cotinine quarter), heavy passive (upper three cotinine quarters), and light active (1-9 cigarettes/day)) we found that the heavy passive and light active groups diverged rapidly from the light passive group during the first years of follow up but remained almost parallel during later years (fig 2). The corresponding hazard ratios for cotinine and risk of CHD in separate five year follow up periods were highest in the early years of follow up and declined with increasing duration of follow up (table 3). These patterns were little affected by adjustment for cardiovascular risk factors, and again the hazard ratios for the heavier passive smoking groups were comparable with those of light active smokers. Restriction of these analyses to lifelong non-smokers or to men with no evidence of pre-existing CHD had no material effect on the results.

Serum cotinine exposure and stroke—There was no strong association between cotinine concentration and stroke among non-smokers, either before or after adjustment for major cardiovascular risk factors (table 4). Analyses based on lifelong non-smokers showed similar results. For stroke, there was no strong evidence that hazard ratios changed over time (data not presented).

We believe this is the first published report to relate passive exposure to smoking, based on cotinine measurements, prospectively to the risks of CHD and stroke, although cotinine concentration has been related to prevalence of CHD.17 Our study was conducted in a geographically and socially representative sample of middle aged men.18 Cotinine is a highly sensitive and highly specific marker of active and passive exposure to tobacco23; its stability in serum over long periods has been demonstrated.24 We were able to adjust for a wide range of potential confounding variables, and this had little effect on the results. This agrees with the earlier reports of Law and He, which suggested that the contribution of confounding factors to the association between passive smoking and CHD was modest.2  3 A greater concern is the possibility that men in the higher cotinine groups were smoking cigarettes on an intermittent basis. Although it is difficult to exclude this possibility completely, study participants had no specific incentive to provide inaccurate information, there was close agreement between reported smoking and cotinine concentration, and the cotinine threshold was conservative and rarely approached, even among former smokers. In addition, almost all surviving current non-smokers (99%) continued to report that they were non-smokers in responses to postal questionnaires five and 12 years later.

The marked attenuation in the relative risks relating cotinine and CHD with increasing duration of follow up draws attention to a further possible source of underestimation of the effects of passive smoking. The attenuation may simply reflect the increasing weakness of a single measurement of cotinine in characterising usual passive exposure to smoking as the follow up period increases. However, in the present study population, a high initial cotinine concentration probably provides a systematic overestimate of the true longer term passive exposure to smoke, which has declined markedly in Britain during the follow up period—partly because of a declining prevalence of active smoking25 and partly because passive exposure to smoke in public places and work places has declined.24 Long periods of follow up have been a feature of many of the earlier prospective studies,3 with most being based on follow up periods of 10 years or more; a recent report was based on a follow up period of almost 30 years.26 In studies with a single assessment of exposure, analyses based on the first decade or so of follow up will probably provide a better indication of the true relative risks than those based on prolonged follow up.

As well as providing evidence that the relative risks associated with overall passive exposure to tobacco smoke are higher than those associated with partner smoking, our results suggest that important degrees of passive exposure to smoke were widespread in the present cohort, with three quarters of non-smokers having an increased risk of CHD associated with increased exposure to cotinine. This high prevalence contrasts with the prevalences of partner smoking in studies of non-smoking men in earlier reports, which have often been well below 50%.7  8 Taken in combination with the higher estimated relative risks, the high prevalence of exposure suggests that the contribution of passive smoking to the population attributable risk of CHD could be appreciable.

What is already known on this topic

Passive smoking may also increase the risk of stroke, though information is limited

Living with someone who smokes is not the only relevant source of passive smoking, but few studies have taken account of all sources of exposure by relating biomarkers such as cotinine to disease outcomes

What this study adds

Higher concentrations of serum cotinine among non-smokers are associated with an excess risk of coronary heart disease of about 50-60%, but show little association to risk of stroke