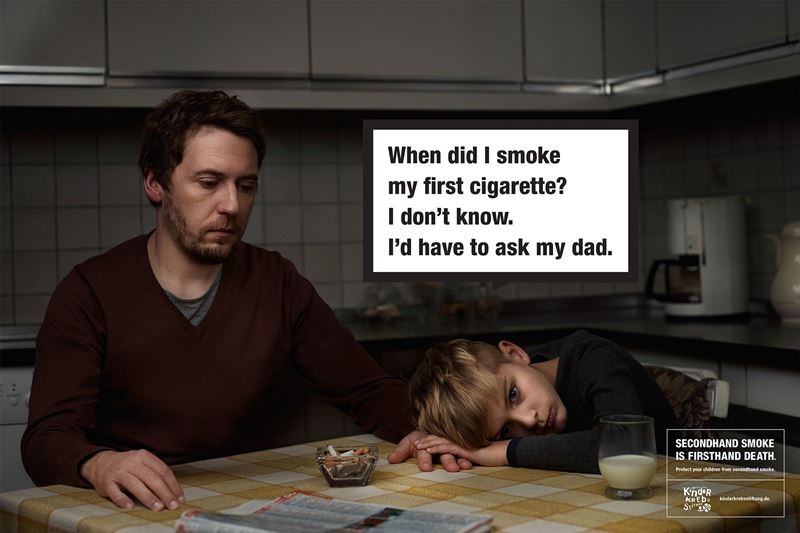 Little boy with lungs of a pensioner

10:43am 19th May 2005 A five-year-old boy has lungs like those of a pensioner because o f exposure to his mother's 20-a-day cigarette habit.

Sol Rickman underwent surgery after developing breathing difficulties and doctors were horrified at what they found. The mother of four has been ordered to stop smoking near Sol but did not need too much persuasion. She has sought help to kick her habit and has become fiercely protective of Sol, refusing to allow anyone else to smoke in his presence.

"I never realised passive smoking could do so much damage," she said. "When you see that the smoke is hurting your child in this way there is no excuse. You have to do something about it.
"They told me that inside he looked like a pensioner who had been smoking all his life." The boy's condition came to light in November while he was undergoing surgery on overgrown glands in his throat, a hereditary condition which caused him to choke on his food.

During the operation at Southmead Hospital in Bristol a surgeon looked into his lungs and discovered that his respiratory system was badly damaged by cigarette fumes. Miss Rickman, who lives in Somerset, said: "They asked me if I smoked in the house with him. I said I did, but only in the next room. They said I had to quit or just smoke outside."
Kelly says she never smoked next to her children - Sol, sisters Destiny, 4, Trinity, 2, and three-month-old brother Levi - and would only light up in the kitchen while they were in the living room. She admits the problem was made worse because the rest of her family - two sisters, brother and parents - are all heavy smokers.

"I always used to smoke in another room in the house and thought that would mean the kids were safe from harm," she said.

"I wouldn't smoke in the same room but if they were in the lounge I would smoke in the kitchen. My family all smoke 20-aday so when they came round there was a lot of smoke blowing around the house."

Shocked by her son's condition, Kelly turned to help from her local Sure Start project, a Government scheme offering support to young mothers.

The charity runs a Clean Air For Kids scheme which, rather than helping parents to give up, encourages them to keep their habit well away from children. With their help Miss Rickman has managed to cut down to a few cigarettes a day and only now smokes in the garden. She said: "I think every parent has to make up their own mind about whether or nor they want to quit. "But the benefits to my family have been fantastic."

Anti-smoking groups yesterday warned parents of the risk of passive smoking to children in the home. Ian Willmore, a spokesman for Action on Smoking and Health (ASH), said: "There is extensive evidence of the dangers of passive smoking to both adults and children. "Children's lungs are still developing and therefore are more vulnerable to the fumes. "Parents need to be aware of the risks. Just because you smoke in a different room of the house doesn't mean harm isn't being done. Closing the door won't work."